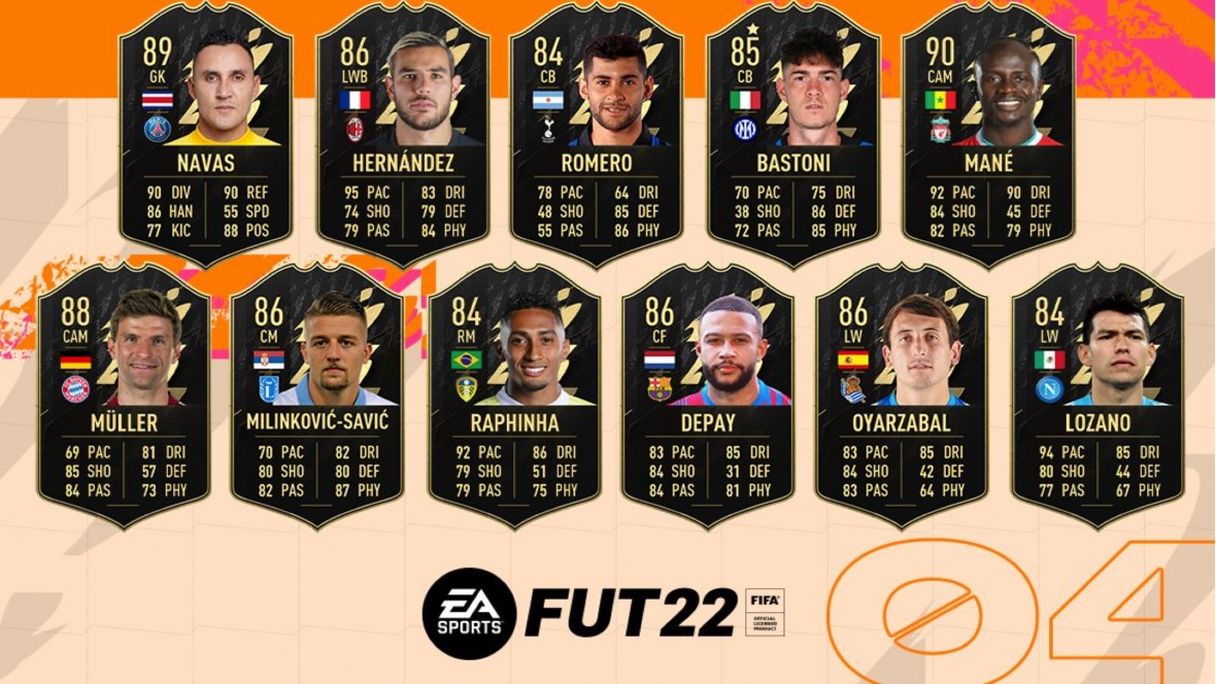 The 4th TOTW of the FIFA 22 season has been published. Here you can find out which players were rewarded by EA for their individual performances. Routinely EA SPORTS has presented the TOTW 4 on Wednesday (13 October) at 6 pm (UTC+1). This time Sadio Mane (90) from Liverpool FC can be happy about the highest rating in the current team of the week. Furthermore Mikel Oyarzabal (86) from Real Sociedad, Theo Hernandez (86) from AC Milan and Alessandro Bastoni (85 / Featured TOTW) from Inter Milan made it into the 4th TOTW. Get ready because you will surely encounter these cards in your games.

The best performances of the week

Memphis Depay of the Netherlands shined this week especially with his performance against Gibraltar. He was able to contribute 2 goals and 2 assists. Thomas Muller, on the other hand, was instrumental in Germany's win against North Macedonia, contributing 2 goal contributions (2 assists). In goal, Keylor Navas of Costa Rica was particularly convincing this week. With his saves against Switzerland, he kept his team in the game and helped the team to an important victory.

Milinkovic-Savic of Serbia played an outstanding game in the center and set the course for a win against Azerbaijan. Among the defenders, Cristian Romero of Argentina is especially noteworthy, as he was able to drive the opposing offensive players to the brink of despair with several tackles. Hirving Lozano of Mexico looks promising as a potential super sub card. With his pace he should give you an advantage in close games.

The GAMERS ACADEMY is the world's #1 in FIFA coaching. Check out our CLUB and we will show you how to become the best in FIFA.